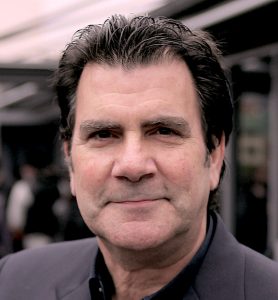 Beginning his music career in the mid-70s as guitarist in Los Angeles, Art made a name for himself as one of LA’s top recording session guitarists, working and performing with the likes of Barry Manilow, Minnie Riperton, Burl Ives, The Carpenters television specials (NBC), The Love Boat (score recordings and on-camera appearances), Dory Previn, Demis Roussos, The Lettermen, Burl Ives, Ron Seggi, and a long list of television series and feature film soundtracks.

Art’s early composition credits include writing incidental music for the US television series The Love Boat, penning the top 10 R&B single Here We Go for recording artist Minnie Riperton, and the Motown Records release Now That I Have You for recording artist Teena Marie from the album Lady T. Both Here We Go and Now That I Have You have been re-recorded and sampled by a multitude of Rap and R&B recording artists including The Roots, A~Z, and others, and continue to achieve chart positions and record sales.

Phillips is the music composer of over 60 successful production music albums for companies such as FirstCom Music, Sonoton, 5Alarm Music, Universal Production Music, Bruton, Chappell Recorded Music Library, One Music, Groover’s Music Library, Access Music, and EVO. He is also the composer of 32 album releases for his own production music label 101 Music Pty Ltd®, now with over 58 album releases in the 101 Music catalogue.

In 2021 Art was awarded a Global Music Award as composer for the song entitled We Know You By Heart from his album Heartsongs (101M052)101 Music Pty Ltd®.

In 2018 Art was awarded a Global Music Award for his album Italian Holiday (101M032) from his production music catalogue 101 Music Pty Ltd®.

In 2016 The Tonight Show (USA), starring Jimmy Fallon, licensed Art’s song Lazy Afternoon for use as guest play-on & play-off’s featuring the original artists The Roots, the Tonight Show house band who co-wrote the song with Phillips.

In 2012 Art received a nomination for his song Break These Chains, composers: Art Phillips and Gareth Hudson, at The Australian Blues Music Awards, for recording artist Buddy Knox, Best Duo or Group of the Year.

In the same year, Phillips was also nominated by the APRA/AGSC Screen Music Awards for Best Music in a Television Series for Outback House (ABC Television).

In 2004 Art was awarded Best Original Song by The Johnny Dennis Trust Music Awards for One Step Closer.

In 2004 US recording artists Kenny Lattimore & Chante Moore recorded his song Here We Go (A Phillips/R Rudolph), on their platinum sales album Things That Lovers Do.

In 1995 Phillips was awarded The APRA Award for Best Soundtrack Album for his musical score to the ABC television series The Flying Vet.

In 1990 Art was nominated by The Australian Film Institute, AFI awards, for Best Original Music in a Feature Film for Sher Mountain Mystery.

In 1988 Art received an Emmy Award from The National Academy of Television Arts & Sciences for his contributions to Outstanding Music Composition in a Drama Series for the daytime television series Santa Barbara.

In 1987 Art received an Emmy Award from The National Academy of Television Arts & Sciences for his contributions to Outstanding Music Composition in a Drama Series for the daytime television series Santa Barbara.

Art is the longest standing President of the Australian Guild of Screen Composers, 2001 ~ 2008, and was Vice President from 1992 ~ 2000. He now acts as International Relations Liaison for the AGSC.

Phillips is a councillor for Music Australia, formerly known as The Music Council of Australia, representing Music in Film and Television, 2005 ~ current.

Art was a nominee for writer position on the Board of Directors, and is a valued member of the organization.
In 2002 and 2003 Art was musical director, conductor and orchestrator for the APRA/AGSC Screen Music Awards, and also executive produced both events.

In 2003 Phillips was editor of The Journal of The Australian Music Centre, Sounds Australian Magazine, edition: Australian Screen Music, The Art & Craft of Composing to Moving Image, and authored the article The History and Mechanics of Screen Music: The Early Days.

Art Phillips was President and Chairman of The Italian Family History Group for Co.As.It. Australia from 2013 ~ 2016. He was also Master of Ceremony for their monthly performance events at The Italian Cultural Centre, Sydney, and also guest presented on three occasions for the cultural program.

Member of the Society of Composers & Lyricists (SCL, USA) since 2014.

Member of The American Federation of Musicians (AFofM, local 47 Los Angeles) since 1973.

Member of the Music Arrangers Guild of Australia (MAGA) since 1988.

In 2021 Adjunct Professor Phillips was appointed Director of The Centre For Entrepreneurship.

In 2020 Art was presented with an Executive Dean Award, For Outstanding Commitment to Teaching and Learning, Post Graduate level – trimester 2.

In 2019 he was presented with two Executive Dean Awards, For Outstanding Commitment to Teaching and Learning, Post Graduate level – trimesters 2 & 3.

In 2018 Art was bestowed the title Adjunct Professor for his extensive work in academia and his prolific career in the music industry as music composer, producer, arranger, orchestrator, educator and business entrepreneur.

In 2017 Phillips received a Fellowship Award, In recognition of distinguished contributions to entrepreneurship in Australia.

Since 2018 Art has been lecturing for the Master’s (MBA) program and also adjudicates on the occasional basis. He authored a series of case studies for UBSS in 2016 on entrepreneurial music and business topics.

The Australian Institute of Music (AIM)

In 2019 Art authored and delivered the keynote speech, Building Blocks, for the end of year graduation ceremony.

In 2019 Art received a Fellowship Award, In recognition of his outstanding achievements and services to Australian Performing Arts.

Art was performance adjudicator for the undergraduate program, 2010 ~ 2012.

In 2019 Art was appointed Chair of the Course Advisory Committee.

Art is responsible for writing and delivering the Master of Music & Media subjects, Music & Moving Image, Screen Music Analysis and Music & Media, since 2007.

In 2011 and 2012 Art was Consultant to the University of Western Sydney College’s Associate Degree in Creative Industries program, where he authored and supervised a series of 12 case studies for the subject units.

In 2012 Phillips spoke at the Creative Professional Public Lecture Series at ICE (Information and Cultural Exchange), and also authored and delivered the seminar – Interactivity, Connectivity and Networking.

Art was a Senior Visiting Fellow from 2009 ~ 2013, and lectured on the occasional basis in conducting, orchestration, songwriting and film music scoring.

Phillips was Composer-In-Residence from 1995 ~ 1997.  He also delivered lectures for the screen music department for many years thereafter.

In 2002 Art was musical director, conductor and orchestrator for their Silent Film Night Series, performing original music by Phillips to the Charlie Chaplin film classic, The Kid, featuring the CQU student and staff orchestra.

In 2020 Art chaired and moderated the Production Music Association, PMA Academy: Focus on Australia & New Zealand – the state of the industry and production music.

In 2019 he authored and delivered the round table session for the PMA conference, How to Achieve Winning Results in Production Music Scoring – Understanding the Mechanics of the Genre.

In 2005 Phillips authored and presented the seminar, Creating an Effective Music Soundtrack – the Options and Costs, for the Screen Production Association of Australia, for the SPAA Fringe Festival.

In 2003 Art authored and presented the seminar Applying Music to Image at the Festival of Darwin, Northern Territory Australia.

Phillips has passed on his knowledge and expertise to countless students at universities and institutions across Australia and abroad, has written and delivered a multitude of music industry seminars and papers, and is an active and valued member of the global music community.

The Screen Composer and The Chameleon Principle, Music Forum Magazine, Vol 17 No. 3, Winter 2011 for the Music Council of Australia.

Education in The Creative Industries, Music Forum Magazine, Vol 17 No. 3, Winter 2011 for the Music Council of Australia.

The History and Mechanics of Screen Music: The Early Days, The Journal of The Australian Music Centre, Sounds Australian Magazine, edition: Australian Screen Music – The Art & Craft of Composing to Moving Image, 2003.

The Mechanics of Composing for Production Music, Music from The Movies magazine, United Kingdom, 2001.